I am a video game critic and journalist in Oklahoma City, Oklahoma. They/Them. 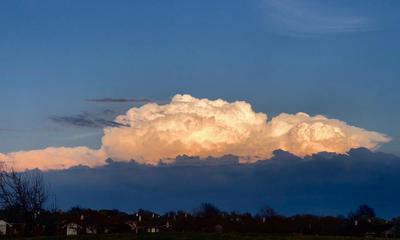 Fuck the next Call of Duty game

You know, I spend a lot of hours twisting myself into little knots to try and find nuanced takes for this site. I know it doesn’t seem like it sometimes, but I really do try. I don’t have to try when it comes to Call of Duty: Black Ops Cold War. For years we’ve watched Activision publish games that try their fucking hardest to recontextualize the US military and its wars. We watched them silently through the many, many iterations and retellings of the “safe” war, World War II. We watched with

On Elections and Afterward

So Joe Biden has picked his vice presidential running mate, and it’s Kamala Harris. The stage is set, its players are chosen. All that comes now is the feature presentation. The next few months are going to be very weird, by all accounts. Now that Harris is semi-officially the VP nominee, we’ll likely see a more visible Biden campaign – even if we still don’t get to see Biden himself that much. The conventions will happen, the candidates will be rubber-stamped into position, and then will come 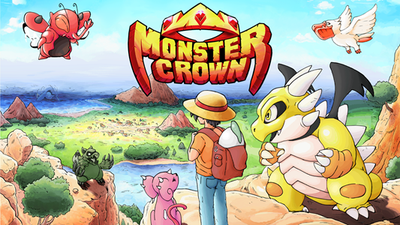 In the fog of trying to wake up from a too-short nap, I had this idea: what if someone who knows nothing made a post explaining things? What could go wrong? In seriousness, one thing that has always interested me about the forever-churning internet discourse around games is the frequency in which consumers conflate three separate spheres of media: criticism, journalism and marketing. While these spheres all have their points of similarity, they’re different enough that they should be treated di 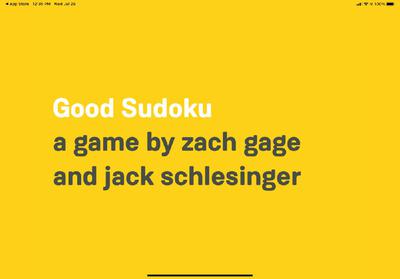 Update: I’ve added an addendum with some developer notes to clarify one of the tools I talked about in the review. I’ve been playing a lot of sudoku on my phone lately. Aside from derivative anime gacha games, is there another app market that has so many of the same entries? I can’t think of one. There’s a sudoku app for every day of the year, practically, and they all essentially do the same thing: give players number puzzles that look and play like sudoku. On my phone currently, I have six d 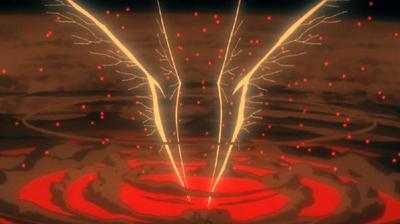 This is going to be self-indulgent and meandering as all fuck. Apologies in advance. The subhead for this article could be, “How Many Times Can You Watch Evangelion Before It Stops Being About The Creator’s Depression And Just Becomes About Marginally Cool Robots?” Sadness is a commodity that I want to run out of. So is pain, anger, frustration and a host of other emotions. As I think about my writing (a continual process) I realized something kind of shitty. I switched writing about one emoti 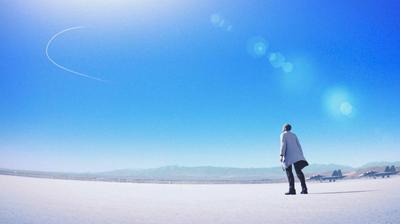 Peace In The Skies

In the Ace Combat series, developer Project Aces emphatically wants you to know that Strangereal, the earthlike setting of their nearly-3o-year-long string of games spanning four console generations, is not Earth. As a new-to-the-series player logging into Ace Combat 7: Skies Unknown for the first time, I took this for granted. Yes, it’s very strange that almost every plane in the game is a real warfighter on Earth, made by a real defense company for militaries all over the world, but none of t

You ever find it difficult to talk? Like, you’re good at words. You went to school for words and you know how to use them, more or less. Maybe you’re not super impressive at it yet but the only way to get better at using words is, well, to use them. But in certain situations, you can’t. I’ve come out a couple of times at various points in my life. I had difficult, emotionally draining, wonderful conversations with people in the process of figuring out who I am – and I have never really officia 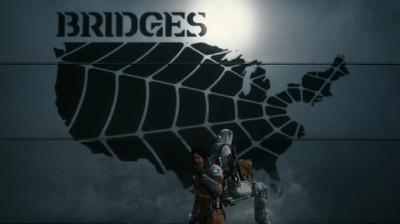 Why Should We Reconnect America?

Okay fuck Hideo Kojima over the asexuality thing in Death Stranding, but also fuck him for making a game that basically feels like it summed up 2020 in 2019. I’m only a couple hours into the PC version (barely running on my laptop at the lowest graphics settings lmao), but I have immediately taken to the vibe this game is trying to give off. And I am basically with Sam Porter Bridges all the way. The very early game plot is this: The world has ended and Democrats still exist. They’ve turned in 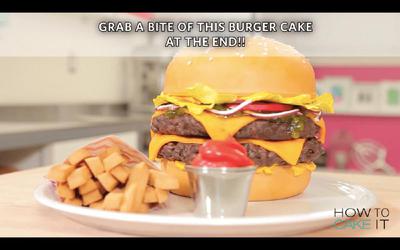 You Ask For A Hamburger

Hey y’all this isn’t about video games at all, unless you wanna count the increasingly bizarre press events put on by companies under fire for sexual harassment allegations like Ubisoft as relevant. Instead, this is a post addressing the straight up fucking weirdness we’ve been experiencing online lately, best summarized by the phenomenon of “cake where there should not be cake.” Look, we all saw these posts like a year or two ago, a particularly creative baker or two has been making cakes that 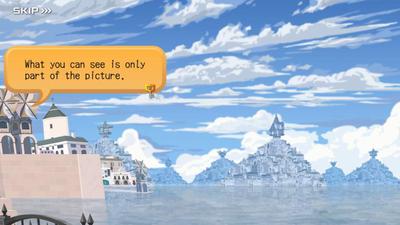 Searching for maturity in video games

One thing I haven’t seen a lot of writing about, especially surrounding “geek culture,” is what maturity is supposed to look like for millennial and gen z folks. (This isn’t to say that this writing doesn’t exist; I’m on the lookout for it and in the thread this article came out of I’m asking for recommendations.) It’s a question I’ve been thinking about since I read this post about queer fandoms of children’s media. The post came to a conclusion I broadly agree with – engage with mature media, 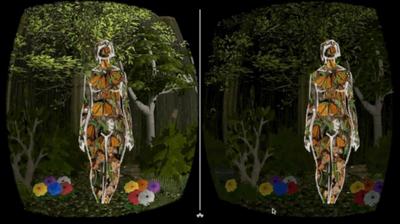 Hey y’all! So this post is a bit different from normal No Escape fare. I recently had the brief chance to speak with Rohil Aniruth, a South African Indian artist who works in the space between technology, culture, identity and immigration. Rohil has worked as a narrative designer, showed games at Babycastles and the Microsoft Technology Center, and written about games and culture all over the Internet. I’d like to start by simply asking about how you got into art, design, and narrative work. Wh 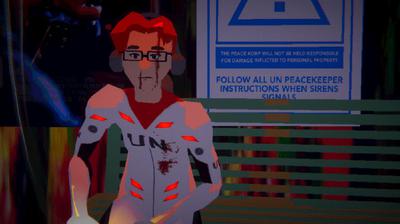 You might have noticed a dearth of articles this month. I will be fully up-front with you: I had no interest in engaging in the discourse around That Game That Came Out Last Week (Part II) in a format longer than a couple of tweets, and this month has just felt off in general. It really does feel kind of fucking pointless to talk about video games when people are putting their health and lives on the line to protest against police every day since May 27. But that’s not the only reason I haven’t

Despite my better judgment, I like video games a lot. When I play a good video game, I derive little a enjoyment from it, as a treat for me. When I play a great video game, I cement the memory of that experience in my brain forever. I don’t think this is an unusual occurrence or anything; I’m describing something very awkwardly that is a common experience for most people. It’s certainly not controversial to say “good thing… good?” And the reason I’m starting this piece off like so is because I’ 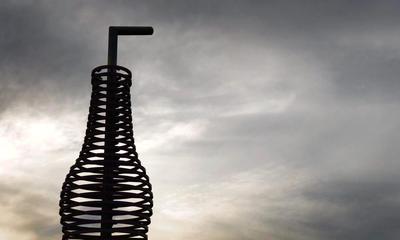 Time Doesn’t Have to Be a Flat Circle

Hi y’all, I’m back from a posting break. I’d planned on getting something out earlier but a lot of things have happened over the last few weeks (and indeed are continuing to happen). I didn’t really think it was appropriate for me to wax poetic or melodramatic about the moment or, alternately, ignore it and write about video games. And since this blog concerns itself with the intersection of games and politics, I also knew I couldn’t sit idly by. The fact is, the Trump regime is trying to tight 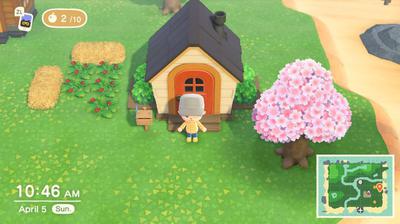 Seasonal Book Club is a new recurring feature here at No Escape, wherein I try to get through a book about video games, one chapter at a time. This season’s book club entry is The Toxic Meritocracy of Video Games: Why Gaming Culture is the Worst, by Christopher A. Paul. Hi folks. I don’t have anything interesting to say about this chapter that isn’t said in Liz Ryerson’s article above. Go read her piece instead. Black lives matter, fuck anyone who says it’s too difficult to find marginalized v 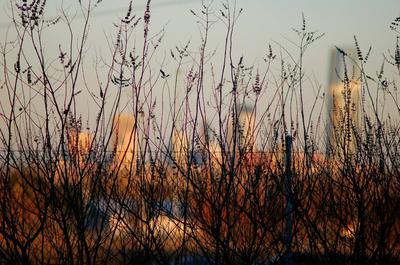 A rant about the media industry

Before I start this rant I want to head some counter-arguments off at the pass. Yes, I am fully aware that 30+ million people have had to file for unemployment since the start of the pandemic, and that has had an effect on the media industry as it has on literally every other industry. Advertisers have had to pull their ads from numerous publications, causing some to shut down, in many cases permanently. It is a rough time for everyone at the moment, but that’s why I felt the need to write this:

A Requiem for the Final Generation

The angriest game I’ve ever played is one in which you never pick up a weapon. You never kill anyone. You don’t even hurt anyone. Mechanically a first-person shooter, this game takes the gun you’d normally find in a title about the end of the world and replaces it with a battered old SLR (Single-Lens Reflex) camera that you cobbled together from spare parts and trash. You, by the way, are a courier for the Tauranga Express, a gig delivery service whose claim to fame is that it’s the fastest del

Battle the Beats and Beat the Gods in ‘Atone: Heart of the Elder Tree’

I don’t know why, but for a period between March and September 2015 I became obsessed with mobile rhythm games, like GrooveCoaster and the TapTap series. Maybe I was searching for a game that could scratch Guitar Hero‘s itch, a void left behind that few games can fill. I loved being able to use my personal music library to play, and I’m sure now this moment corresponded with my growing appreciation of electronic music like chiptune and synthwave. I did eventually drop off the bandwagon, and soo 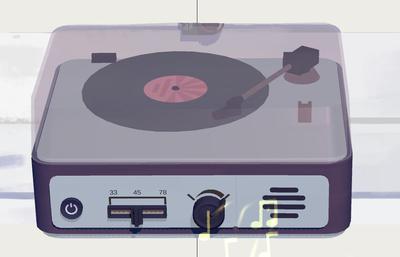 ‘Assemble With Care’ and the Right to Repair

Arriving with the first wave of Apple Arcade titles, ustwo games’ Assemble With Care tells the story of Maria, an itinerant tinkerer with a talent for fixing even the most complex items. She’s been traveling for an indeterminate amount of time, seeing the world and, most importantly, fixing the world’s antiques. With her trusty toolset and her expert skills, she arrives in idyllic Bellariva by train on the eve of a citywide food festival. ustwo is perhaps best known for the Monument Valley fran 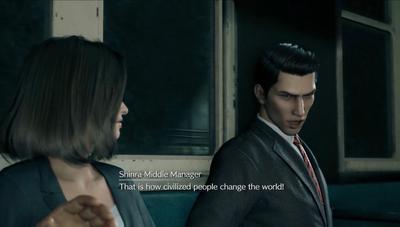 Do you have to play games to experience them legitimately?

Ever since I started writing No Escape (and honestly, well before), there has been a topic floating around in my mind that I’ve desperately wanted to talk about but haven’t really had the critical language to broach. Now that Final Fantasy VII Remake is out for PS4, I thought I’d try now. When we talk about video games, we instinctually use the verb “to play” to describe our interactions with the medium. Ludology is the study of games and the mechanics of play. Every review and critical analysi
Load More Articles
Close ✕